MPs met on 8 March to discuss their concerns over the health and welfare of dogs bred for sale.

Opening the debate, she told MPs: “This issue has cross-party support… and widespread public support. 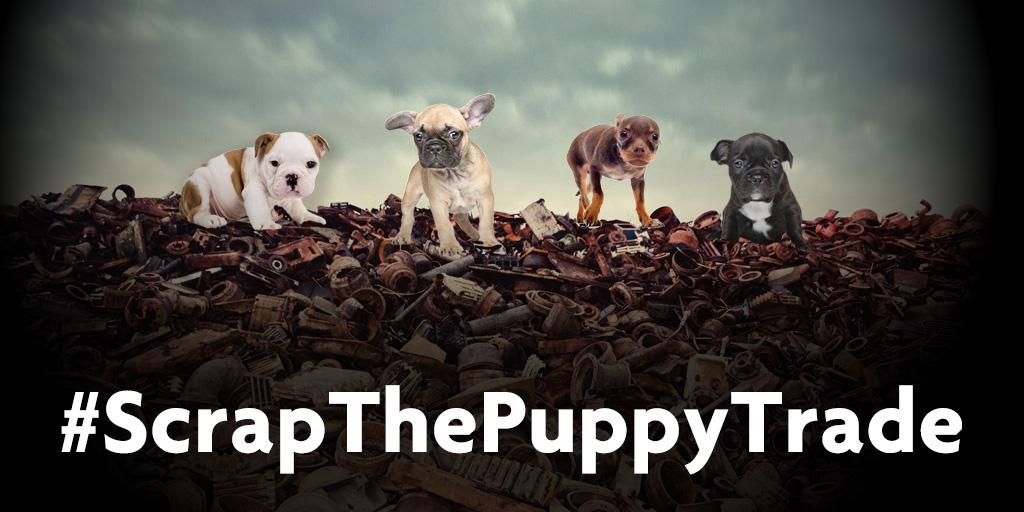 “We are here fundamentally to represent our constituents, not to enable big businesses trading in puppy maltreatment. Action, and not merely words, is required.”

In her speech, she echoed calls from the RSPCA for changes in legislation in England to protect these dogs, adding: “[Puppies] become sick due to the sickness of our system.”

And other MPs were supportive of the animal welfare charity’s Scrap the Puppy Trade campaign and work.

Southend West MP Sir David Amess commended the RSPCA on its “excellent” work so far, slamming the number of sick and dying puppies being sold as “reprehensible”.

Angela Smith, MP for Penistone and Stockbridge, raised concerns over the abuse of the pet passport system to traffick puppies into the country.

And Inverness, Nairn, Badenoch and Strathspey MP Drew Hendry said: “Dogs should be bred for the benefits of dogs, not for fashion.

“You only have to look on the internet to see the booming business in so-called designer puppies and young dogs. It’s never been easier to buy a puppy. Despite this, puppy farming has been illegal here since 1976.”

In October, the RSPCA launched the Scrap the Puppy Trade campaign in response to increasing problems around the sale of sick and dying puppies in England.

We are now calling for mandatory licensing for anyone selling puppies in England to try to hit the puppy trade as a whole – from organised illegal trafficking to opportunistic backstreet breeding. This would mean:

Addressing the group in Westminster Hall, Dr Cameron added: “We claim to be a nation of animal-lovers – it’s time that we walk the walk because at this moment, today and tomorrow, puppies are being maltreated in this country by rogue breeders, traffickers and traders. We must put this to a stop.”

DEFRA minister George Eustice said progress had been made including the upcoming microchipping legislation coming into force; the work of the Pet Advertising Advisory Group (PAAG) to tackle inappropriate ads online; and the consultation on the licensing of animal establishments in England (which ends this weekend). But he did admit that there is “more we can do” to tackle the problem of illegal importation of puppies.

Commenting on the debate, RSPCA public affairs manager Lenny Rolles said: “We’re happy to see Dr Lisa Cameron highlight our campaign and the work we are doing to tackle this terrible trade.

“And we’re grateful to the backbenchers for their overwhelming support in calls for further legislation to protect these dogs in the future.

“We look forward to the outcome of the DEFRA consultation which closes at midnight on Friday 11 March.”