As we observe the fall out from yet another high profile dog attack here in the UK, we thought it would be timely to re-publish this article by Alison Green of DDAWatch, who poses the question on dog attack and dog bite statistics – 'Are we being lied to by politicians?'

Figures released to Norman Lamb of the Liberal democrats have been splashed all over the media alongside headlines proclaiming a rise in “dog attacks”. Pictures of snarling beasts, most often bull breeds or the current “devil dog” the Rottweiler have been used to help emphasise the point, writes Alison Green. 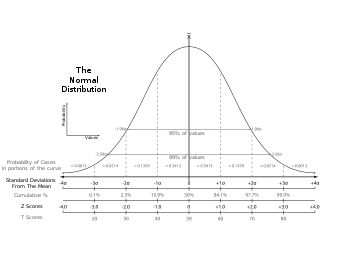 But wait one second…STOP THE PRESS… the figures do not show a rise in dog attacks. Allow me to explain.

A few years ago I did an awful thing.

I was at a barbeque on a lovely summers day with my family and our dogs. My children where playing with the other children and one of my dogs was playing with the resident boxer, the sun was shining and all was right with the world. My dog tired of his game with the boxer, picked up his ball before dropping it in my lap and sitting down looking at me hopefully. I smiled, picked up the ball and threw it for him.

The minute that ball left my hand I realised what I had done and yelled loudly to recall my dog but it was too late. As I yelled, my dog ran straight into my daughter knocking her flying down on the hard ground. Thankfully my daughter, although bruised and sore for a while, had no broken bones. My dog didn’t know what had happened but had stopped, ball forgotten and gone over to lick at my daughter.  I was mortified and have never taken a ball to another barbeque since!

Had my daughter been more badly hurt and been admitted to hospital, she would have been included in the recent figures paraded around the media as “dog attacks”.

What the media and Norman Lamb fail to mention in any article I have read, is that the figures do not separate dog bites from dog strikes.  I know of quite a few people who have been admitted to hospital because their dogs greeted them a little too enthusiastically or accidentally knocked into them.

They will all be logged under the same code meaning “bitten or struck by a dog” yet the two meanings are often very different and certainly don’t scream “dog attack”. Many people have been struck by dogs, many have been bitten by dogs however few have been attacked by dogs. While even one true dog attack is unacceptable the medias use of these figures to “show” an overwhelming increase in dog attacks is misleading and nothing more than scaremongering.

The media have also focused on the “rise” in certain areas but do not seem to be aware of the fact that the strategic health authority for treatment restructured at the start of 2006 which, according to Ben Bradshaw when he supplied the figures to Norman lamb as a written answer, means a direct comparison is not possible before and after 2006.

Hospital workers are also “ a bit bemused” by the figures.  It has recently been reported in one online newspaper that hospital bosses in west mids where surprised at the “findings” of an 80% increase in under 18’s being admitted due to “dog attacks”.

Although we don’t have access to detailed statistics, we can say anecdotally that, if anything, the number of people needing treatment for dog bites is falling.

“We’re a bit bemused by these figures, to be honest. We don’t get anywhere near as many as we used to.”

The article goes on to state:

The same sentiment was also expressed by spokesmen for the University Hospital, Coventry, Warwick Hospital, and the Hospital of St Cross, in Rugby.

Maybe they are “bemused” because the figures are being stated as something they aren’t!

In recent years it has been pointed out that children 9 and under are more commonly admitted for “bites or strikes” from a dog and this is true. However over the last ten years in England, the number of children 9 and under who have been admitted to hospital for this reason, has actually risen the least of all age groups, by 4.1%. This equals just 39 more admissions when comparing 06-07 with 96-97. Using the same years comparison, the age group of 40-49 year olds show a massive increase of 136%. We rarely hear of large numbers of 40 odd year olds being attacked by dogs so would it be fair to assume we are actually looking at more strikes than bites?

It is not unusual for smaller children to be admitted to hospital more often than adults as a precaution. I completely agree with the reasons for doing so. Children are much more fragile and less able to tell you if there is a problem. If my children bang their heads I turn into the most paranoid mother about, constantly checking on them. Better to be safe than sorry so could this possibly explain the large number of young children being admitted? Children are also more likely to be knocked over by dogs simply walking or running past them.

There are many reasons that could contribute to any increase and could help explain why certain age groups are showing high numbers. The only thing the figures do not show is a definite increase in dog attacks.

The dog world does have problems and they are problems that need tackling. We, as dog owners, parents and members of the public, have all been let down time and time again by the law. The Dangerous Dogs Act was meant to protect us 16 years ago. It failed. Now the same people who helped bring in that law, are trying again!

The answer to our problems is simple. We need to look at facts and not create mass hysteria by telling only half of the story.  We need to log dog bites and strikes separately and in more detail. We need to know what the injury is, who, where and why. We need to ensure we all know how to act responsibly and safely around dogs.

We need a law that holds the owners responsible for their dog’s actions and ensure they are fully equipped to deal with the responsibility that comes with owning any dog BEFORE they obtain one.

Norman Lamb has got one thing right. He is quoted in several articles as saying

“No-one knowingly puts their child in danger but it seems that the message is not getting through.”

So lets make a Dog Ownership Test a legal requirement and force that message home.